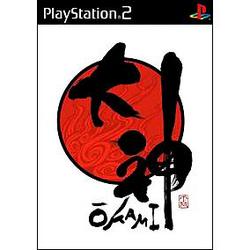 For anyone who has ever wanted to play the part of a sun deity incarnated as a brush-wielding white wolf running around (and breaking stuff...and pissing on monsters) in a stunning fantasy version of Japan, gaming doesn't get better than this.

p.s. Many thanks to Maun for giving me the heads up that the game was already available -- had been waiting for months. Heh.