1. Go here. The first random Wikipedia article you get is the name of your band.

2. Go here. The last four words of the very last quote of the page is the title of your first album.

If you want to do this again, you'll hit refresh to generate new quotes, because clicking the quotes link again will just give you the same quotes over and over again.

3. Go here. Third picture, no matter what it is, will be your album cover.

And the results are...


Album: BY THE AMERICANS THEMSELVES The car radio plays that Matthew Sweet song from 1995. The car itself had been released by Mitsubishi in 1997.

The only thing that ruins the 90s themed ride are the very contemporary gas prices.

Over the shoulder of some other passenger in the shuttle, I caught a glimpse of a headline in the tabloid he was reading. It said something like:

Seeing the headline made me wonder.

What is Metro Manila supposed to smell like now?

And, since the time people thought it was a good idea to build huts along the banks of the Pasig River, did it ever actually smell good?
# posted by vince : 9:31 AM  1 comments

It seems like I was just wondering where my holidays had gone when, all of a sudden, people were walking around with crosses of ash on their foreheads (some of them probably with no idea why they do). And I got to have a plate of tikoy for the Chinese new year -- even if my family isn't Chinese, or, for that matter, neither was the neighbor who gave the tikoy.

And now, delivery boys bearing...well...bears and flowers are back on the streets. While the red cartolina cut-outs of hearts, victorian lovers, and winged infants armed with projectile weapons are back up on store windows.

The days sure had flown for the first few months of 2008. 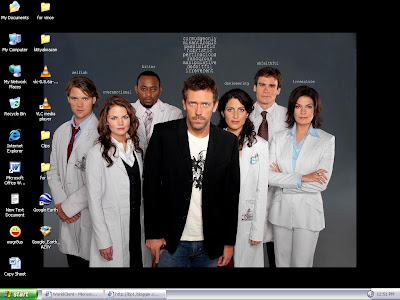 One of the city’s largest cemeteries is just a street away from where I live.

It serves as the major landmark when I tell people how to find my house. I stand before its whitewashed walls whenever I wait for a jeep or cab. The usual parade of hearses, followed by the mourners is part of my Sunday afternoons. When I finally got my own room in the old house (the former library which became the former laundry area), before the row of small commercial establishments popped up on the neighboring compound, my view had been an assortment of tombstones and mausoleums around the ancient acacia.

Unsurprisingly, All Saints Day has always been the major event of the year in this sort of neighborhood. Our street would be transformed into a parking lot/tricycle terminal/bazaar. Because of its proximity to the cemetery, our house had always served as the relatives’ pit stop since the time my maternal great-grandmother, their Mama, was alive.

Todos los Santos is like the Mexican celebration Dia de los Muertos, but with less of the festivities and more, much more of the feasting. Aside from being a school holiday, I’d look forward to November 1 because of the food stalls – which would eventually range from some of the neighbors selling ketchup spaghetti to global food chains offering value meals and pizza slices – that magically appear on the middle of the road. This was about the only time when I could find grilled dried squid near my place.

Like every other kid visiting the cemetery, I used to pass time at the clan mausoleum (well…more of the clan plots since my grandmother and her siblings never got around to adding in walls, gates or a roof) gathering candle drippings into wax balls. Several first of Novembers later, I had a wax ball the size of a small melon. When I felt I was too old and too cool to be collecting candle drippings, I turned over The Ball to a younger cousin so she can continue the tradition.

Being a typical member of the family, she immediately sold it to some guy who'd melt it down into floor wax.

She’s lucky I felt too old and too cool to care.

By that time, I was hanging out with my friends. We would squeeze past the obstacle course of tombs, candles, floral arrangements, coolers, umbrellas, tents and foldable furniture to see if there were any cute girls among the (living) people in the cemetery. Upon closer inspection, the alleged cute girls would more often than not turn out to be girls from the neighborhood dressed up for the occasion. Whenever girl hunting failed, we’d end up looking into abandoned graves and discarded caskets.

When I was in college, I realized that I was tired of being ordered by older relatives to stay and guard the bouquets from flower-snatching miscreants prowling about, and to keep candles safe from wandering urchins who had far better excuses than my cousin to sell candle wax. And by the time I was working, I preferred to be dead to the world, and to enjoy my own version of resting in peace as I napped in my room rather than sweating it out in the cemetery.

This year, I had helped my mother sort out the refreshments for relatives and guests at the house, said hello a couple of times, and that was that. After sunset, I lit some candles on the front terrace, and from behind a screen of bougainvilleas, watched the street and the cemetery gates beyond.

There were fewer stalls. Tighter security. Less people than the year before. Though still enough to be called a crowd.

I had visited the cemetery the day before, and would visit again the day after the first of November. I could afford to. After all, it is just a street away.

As the last of the light faded from the western sky, I saw the cemetery as it would look just once in a year.

When the scorching rays of the sun on bleached tombs had given way to the soft glow from thousands of candles flickering in the night.
# posted by vince : 3:29 PM  0 comments

I have four umbrellas.
There's the small, foldable, midnight blue one that's always in my back pack.
There's the long, navy blue, wood handled piece of work in my room.
There's the medium-sized, matte silver and black corporate Christmas gift I keep in my office.
And then, there's the big black one I have stashed in the trunk of my car.
Which was why I had only one question last night: why on earth was I stuck outside some bank in Makati Avenue, waiting for the rain to stop?
# posted by vince : 12:50 PM  1 comments 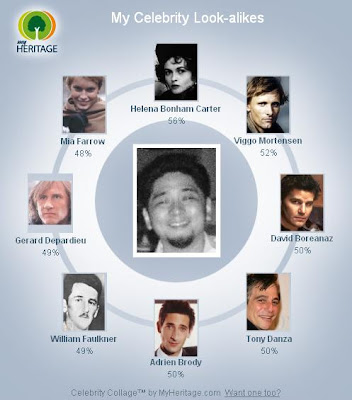 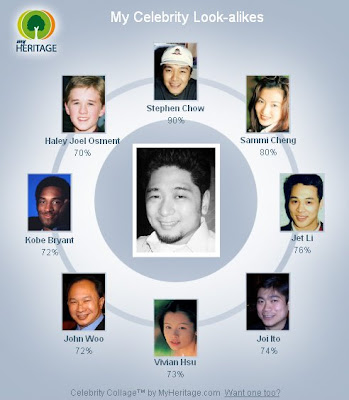 I'm not quite sure how Osment popped-up in the second set.

Is it because sometimes I sense dead people?