Two creative demi-gods from our network's pantheon dropped by to share their divine wisdom with some lucky bastards from Manila. Being relatively lucky (and quite a bastard), I got to work with them on a....um...special project. Shhhh.
One of them stayed behind for a couple of days more to give a little talk and show us some of his work. He's a very pleasant, friendly guy from Singapore, and I (along with fellow blogger Canis Lupus) didn't mind helping him put up his work on the mini theater's walls. He unrolled the large, crumpled sheet of brown paper that contained his print ads and posters.
Some of them, I've seen before.
In magazines and books that featured advertising. Or, more accurately, magazines and books that featured only advertisments that are at least finalists of one international award-giving body or another.
I felt like a wanna-be impressionist painter who wandered into a gallery and ended up offering to help an artist put up his paintings of ballerinas up for an exhibit. One of the paintings turn out to be La Classe de Danse. And the artist is actually Edgar Degas.
Obviously, I was stunned. And rightly so.
I had the idea the guy was great. I didn't know he was fucking legendary.
When we finished pinning the materials up, I stood in the middle of the theater to watch the creativity leaping off the walls. Truth be told, in pure envy, I had cussed at the ones I had seen before. In about the same way that I cussed at the ones that I had just seen that day.
Fuck.
Before he flew back to Singapore, he declared that anyone of us could be better than him. That, who knows, maybe some day, he'd end up working for me.
Honestly? I do hope he's right about that.
Until that day comes, I'm content with knowing that I got to work with a master of his caliber.
And that, one afternoon, we got to share a plate of sizzling sisig.
# posted by vince : 11:17 AM  0 comments

I thought I'd be spending Monday night watching Star World like I usually do. But then, by a glorious twist of fate and an extra set of advance screening tickets, I ended up sipping white wine and eating little sandwiches with friends next to a table of models.
Then, we got to plop our butts on VIP seats (after we kicked out authentic VIPs in their nice VIP clothes - such was the awesome power contained within those tickets), and we got to watch my favorite ex-Jedi: 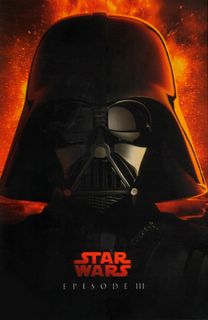 This particular set of perks sure cheered me up. The way that the Star Wars logo and the blaring theme followed by the crawling prologue always cheered me up. Even for Episode I.
So Tanya and BJ (and, of course, Eclectic Curiosity who introduced me to them), if ever you find your way to this blog, you have my thanks.

And may the force be with you.

This morning, the FX I got on had windows tinted decently enough to tone down the glare outside. The air conditioners were working, and working great - an assurance that everyone in the vehicle will be delivered to Makati cool, fresh (and possibly, crisp). The radio played, and rightly so, The Cure's Friday I'm In Love.
I love it when a Friday behaves the way a Friday should.
Even if it's a Friday the Thiteenth.
# posted by vince : 10:29 AM  0 comments 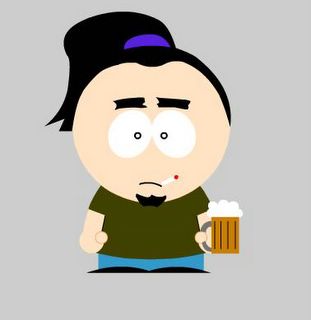 Customised from a site He Who Sings told me about. Will put up a link when I remember how. For now, here's the URL: http://www.planearium2.de/flash/spstudio.html Heh. 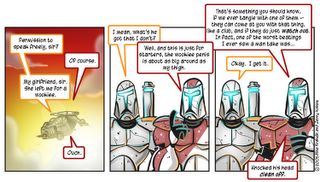 Summer colds, like the one I just had, inevitably take me back to an April day from long ago.

Once again, I am a kid a fresh out of high school by a couple of weeks. A kid who, instead of staying in bed to nurse a cold, decides that hanging out was a better idea. Even if it means riding a bus and a jeep through the baking asphalt streets.

An entire afternoon is squandered on the Family Computer, with all of us believing that Battle City is probably as good as gaming would get.

The sun sets and, like juvenile vampires, we come alive. We clamber into a car and head out into the night. Hoping against hope, as all teenage boys do, to…ahem…get lucky. The ride is soundtracked by Summer of ‘69 (which I heard isn’t actually about the year 1969) because a friend is in a Brian Adams phase, and he just got the tape.

We feel giddy. Exhilarated. Invincible. Perhaps it is the afterglow from our recent graduation. Perhaps it is because the new chapters in our lives known as college and real life seem harmlessly, though deceptively distant.

Perhaps it is just because we anointed ourselves with buckets of Drakkar Noir and we forgot to roll down the windows.

Whatever the reason, that night, everything seems possible.